France is such an interesting country. Politically and economically, it’s one of the strongest countries not only in Europe but the World. It’s a market of 60 million, and although a large country it has great infrastructure. It has a reputation – perhaps unparalleled – for culture and gastronomy. It has a beautiful and varied landscape. With 87 million visitors a year, there is no other country in the world visited by more tourists. Many are British, of course, because physically, it’s the nearest country for most of us. Many buy second homes or retire there. Like me, more Britons learnt French at school than any other language.

So you’d think that it would also be Britain’s major trading partner in Europe. It’s a big one, of course, but not the biggest and, in terms of trade per head of population, is quite a way down the list.

But when businesses talk about expanding to Europe, France rarely figures as a must-go-to destination. Maybe that’s the result of natural reticence born of centuries of a mutual love-hate relationship. But it’s probably more because it’s seen as a more difficult market – culturally, linguistically and in business style. Businesses are cautious, and don’t want to invest heavily in international expansion unless they’re really confident of success.

In this podcast, our host Oliver Dowson talks to Bernard Hot. Bernard works for D&A, a French business consulting firm. They’ve developed services for business development – aka sales – that could be a great way for foreign companies – British, American or from anywhere else – to build a market and establish a foothold in France quickly and economically.

Bernard is an interesting guy. He’s a business strategist with over 20 years of experience, who started his career in London in after university. He worked in the City in banking and Law and then into business consultancy, advising Telco multinationals in Africa. After that he went into education as a lecturer, and established an internationally-accredited corporate training centre with operations both in the UK and in Africa, training students in Cameroon and Senegal engineering and medicine. He’s recently returned to London, joining D&A as their UK Business Manager.

You can find more information about D&A at http://www.dabusinessdev.com/eng/index.html

The Future is Digital for International B2B Services #60

Reimagining your business – and yourself #59 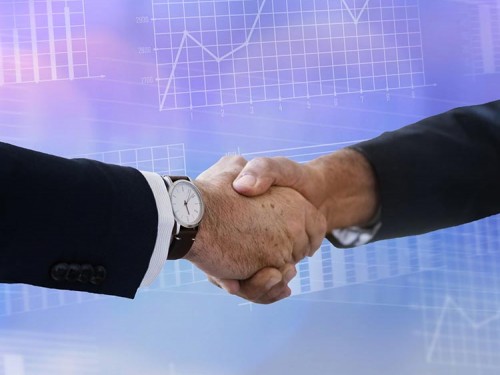 Franchising as a Route to International Expansion #58

Any facts and opinions presented in this content are those of the author or speaker. The inclusion of this content on the Grow through International Expansion platform does not imply endorsement by the platform owners of such facts and opinions nor by any business represented by interviewees or contributors. Whilst every care is taken to check facts and figures, we accept no responsibility for their accuracy. Please advise us of any discrepancy and we will endeavour to correct the information as quickly as possible.